Arrival at “Mother Teresa” Airport, meet &greet by our representative and transfer to hotel. Visit the National Historic Museum in Tirana offering an in-depth introduction to Albanian History from prehistoric times to present day. Welcome dinner at a traditional Albanian restaurant with live music. Overnight in Tirana.

After breakfast we will have a sightseeing of Scanderbeg square, Statue of Scanderbeg, Eth’em Bay Mosque and Clock Tower close to the square. We continue to Kruja, which was the centre of the legendary Albanian resistance against the Turks led by our national hero Scanderbeg. Kruja is located on the cliffs of mount Kruja which offers superb views of the coast and the surrounding village. Here we visit the Kruja fortress, the Scanderbeg museum, the Ethnographic museum and the famous old Bazaar street. We continue for lunch to “Mrizi I Zanave”, a traditional restaurants with delicious and biofood. After lunch we will continue to Shkodra, whre the first stop will be in the Rozafa Castle. After we continue to center city, and make the procedure of accommodation, and prepare for dinner. Meanwhlie we will  some time to walkt to the historical center, old neighbourhood of the city, Dinner and overnight in Shkodra.

After breakfast, we will visit the Marubi Phototeque, which has fantastic photographs by Marubi ‘dinasty”, Albania’s first and foremost photographers. We continue to the border with Montenegro, for the destination Budva. We will stop for lunch some km away from the border. After lunch we will continue to Budva, with first stop on the iconic island Sveti Stefan, crammed full of terracotta-roofed dwellings dating from the 15th century. Afterwards we will vist the Stari Grad (old Budva), best feature and star attraction, the Archeological Museum, and continue to marvel at the majesty of the Bay of Kotorr. We will proceed with the accommodation and prepare for the dinner. Overnight in Kotorr.

After breakfast, we will have some stroll on the streets of the old Town of Kotorr, visiting Town Walls, St.Tryphon’s cathedral, Clock Tower. After that we depart to the Lovcen National Park, directly behind Kotor, where is the Mt.Lovcen(1749m) black mountain that gave name Montenegro. Here we will visit Njegos Mausoleum. We will have lunch here in the Park, and after lunch we will continue for a visit to Ostrogy Monastery, one of the most important site in Montenegro for Orthodox Christians. Afterwards we will continue to Kolasin, and enjoy the spectacular view of the Moraica canyon. Accommodation and overnight in Kolasin.

After breakfast, drive through Biogradska Gora National Park, one of Europe’s last primeval forests, enjoying the views, and drive firstly to Pejë, whre we will vist the Patriarchate of Peje, a UNESCO World Heritage Site and the Monastery Visok. We will stop for lunch in Pejë. After lunch we continue to visit Prizreni, considered the “jewel in the crown” of Kosovo. City sightseeing and visit the house of Prizren League, Sinan Pasha’s Mosque, and Hammam. After visiting Prizren, we continue to Prishtina, the capital of Kosova. Dinner and Overnight in Pristina.

After breakfast, we will visit the statue of New Born, Visit the Tomb of Sultan Murat II, the Prishtina Museum, the Bazaar Mosque, the Clock Tower, and the Mosque of Sultan Mehmet Fatih, followed by a stroll along the main street of Prishtina the Cave of Gadima and the Kosovo Field, where the battle between Christian forces and Ottoman invaders took place in 1389. We will also visit the Gracanica Monastery. Lunch in a traditional restaurant, and after lunch continue to Skopje, the capital of Macedonia. In the afternoon visit the Skopje museum, the Stone Bridge, the St. Spas Church, Mustafa Pasha Mosque, and the church of St.Pantelejmon in Nerezi. Overnight in Skopje.

This morning we will depart to Bitola. Along the way we will visit the Motley Mosque, Arabati Baba Tekke, monastery of Jovan Bigorski. We will drive to Bitola, with elegant buildings, which have a sophisticated heritage from its ottoman days as the “City of Consuls”. Lunch in a traditional tavern. After lunch we will visit Sirok Sokak, the most representative city, Church of Sveti Dimitrija, mosques of 16th century of Yeni, Isak and Yahdar-Kadi Mosques, Clock Tower and the Stara Carsija (old Pazar), very famous for the large number of artisans during ottomans. Late afternoon we drive to Ohrid. It is in this region that the Early Christian Orthodox Bishops created the Cyrillic alphabet in about 900 AD. Overnight Stay.

After breakfast, we will start to visit the sites of Ohrid, starting at the Gorna Porta, Church of Sveta Bogorodica Perivlepta, Classical Amphitheatre, Car Samoil’s Castle, Plaosnik, Church of Sveti Jovan at Kaneo, a stunning 13th-century church is set on a cliff over the lake, and is possibly Macedonia’s most photographed structure. Afterwards, we continue to the border of Albania, for a stop on St.Naum for the lunch. After lunch we have a short journey to Pogradec, on the shores of Lake Ohrid,  and than continue to Korça. After accommodation we have a stroll on the city and visit the Medieval Arts Museum, the largest collection and other religious art in Albania, with 7,500 objects from the 16th century. Dinner in a traditional restaurant with live music (the famous songs “Serenata”). Overnight in Korça.

After breakfast, we visit Birra Korca Brewery, the Museum of Education, the very first school teaching the Albanian language established in Albania on 7 March 1887. The first girls’ school in the country was established in Korca in 1891, visit at the Mirahori Mosque. We continue to Gjirokastra via Permet known for its production of traditional raki, wine, and unique gliko (kind of jam). On the way, a visit of the Tumulus of Kamenica, one of the most significant prehistoric burial sites in the western Balkans and it is the largest ever discovered in Albania. On the way to Përmeti we will have lunch in a traditional farm, located in the National park of Gërmenj. After lunch we will depart to Gjirokastra with a short stop in Përmeti. Dinner and overnight in Gjirokaster, a UNESCO World Heritage Site. It is said to be one of the most beautiful historical towns in Albania and known as the “musem city”, and it is known as “the stone city”.

After breakfast, we visit the biggest fortress in Albania, built during the 4th century and house of the National Museum of Weapons and Museum of Gjirokastra, both within the citadel. We will also pay a visit to the Ethnographic Museum, which is located in the house where the Albanian dictator (Enver Hoxha) was born, visit the old Baazar, the Zekate house. We continue to Saranda, with a stop at the Blue Eye, a spring with turquoise water formed by underground springs. We will have lunch here. After lunch on the way to Saranda we will have a stop at the Monastery of Mesopotam, built during the Byzantine Empire Konstandini 9. Visit at the citadel of Lekuresi, on top of the hill enjoying the views of Saranda Bay and Corfu Island. We proceed to Saranda with the accommodation, and after that we will have some stroll on the promenade of the city. Dinner in a fish restaurant by the seaside.

Morning visits to the Greek and Roman ruins of Butrint, Albania’s most important archaeological site, and a UNESCO World Heritage Site since 1992.  After a leisurely exploration, we will lunch in Ksamil overlooking the Ionian sea. After lunch departure to Vlora, enjoying the views of one of the most beautiful Mediterranean coastline, the Albanian Riviera with its dramatic mountains in one side and the sea on the other side. Along the way to the coastal city of Vlora, a short stop in Llogora National Park. Dinner and overnight in Vlora.

This morning, we will visit Vlora,  a legendary city in Albanian history as the city where Albanian independence from Turks was proclaimed on November 28, 1912. The Indepedence Museum which is situated in the original house where the first indepedent Albanian Government had its seat, the Muradie Mosque, a 16th century building. We will continue to the archeological site of Apollonia, a very important antique city of Ilirya (the antique name of Albania), a place where Ceasar August was educated, and one of the entering gates of the famous Via Egnatia, visit at the St. Mary Monastery within the Park of Archeological site, the Museum inside the monastery. Lunch in Apollonia. After lunch departure to Berat. On the way, a visit in the Monastery of Ardenice, a 13th century building,  an idyllic place, which is thought to have been the idyllic place where the marriage of the Albanian National Hero Scanderbeg was celebrated in the 15th century. Afterwards we proceed to Berat. After accommodation we will have a walk on the Mangalem quarter and the city center. Dinner and Overnight in Berat.

This morning, we will visit the Ethnographic museum, Castle (People are still living within the walls of the castle, just like their ancestors did), Onufri National Iconographic museum, St.Trinity Church. We will have lunch at a traditional restaurant within the castle. After lunch we will depart to Durrës, one of the oldest cities in the Mediterranean and the largest seaport in Albania, where we will visit the Roman amphitheatre, the largest of Balkans, the Venetian castle, and depending on the time the archeological museum, the largest archeological museum of Albania. We will continue to Tirana. Free time for leisure and exploration of the vivid nightlife in the capital of Albania.

Before departure to the airport have some stroll on the quarter called “Block”, the ex-residence for the party’s elite families during the communism regime. Transfer to airport. End of our service.

Our price does not includes: 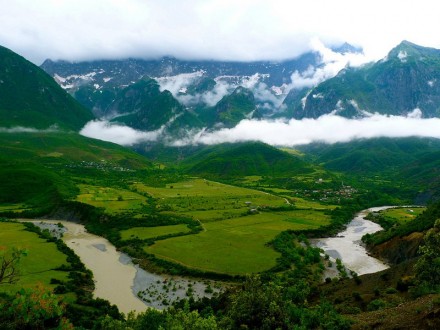 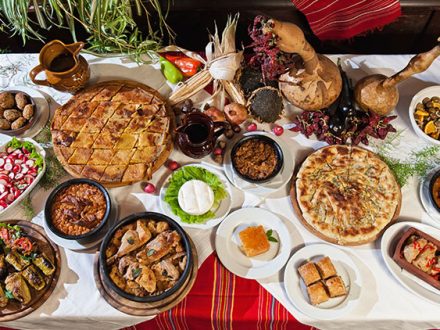